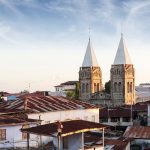 Stone Town used to be the city of the rich Arabs and Indians of Zanzibar. In contrast to the mud houses in the villages, it was built in stone, therefore its name. One of the unique things about Stone Town is that it is built in coral stone, which is held together by a mix of sands and water, formed into local cement. The city used to be cut off the rest of the island by the sea – names like ‘Creek Road’ and ‘Darajani’ (meaning ‘on the bridge’) remind of this time, which only recently ended when the creek was closed so as to keep the sea outside, and a paved road was built – Creek Road.

If the walls of this old city could talk, they would have lots to tell! It was visited by traders and seafarers from all over the world, some of whom settled there, such as the Arabs, many Indians, but also Chinese, British and many others. It was the capital city of the Sultanate of Zanzibar which had been created in the beginning of the 19th century by Sultan Said bin Sayed, who separated Zanzibar from the Sultanate of Oman. Stone Town was the showplace of the shortest war in world history – it lasted only 46 minutes, and one would wish that all wars in history, if at all necessary, would end as fast as this. But it was also East Africa’s largest market for slaves – one of the darkest chapters of the history of the islands.

Stone Town nowadays is a buzzing little town, no longer than ten minutes’ walk from any one side to the other – but only for those who know their way, which is easy to lose in the winding narrow streets, in which one may err for hours! With good guidance though you will discover the marvelous Zanzibar doors (the Indian and the Arab versions), often up to four hundred years old, you will visit the House of Wonders – the first in Zanzibar to have electricity and current water, and the first in East Africa to have an elevator! – you will pay tribute to the many slaves who lost their lives or were sold here when reaching the Anglican Church, and you will get insight into the importance the Hamam once had for the honorable citizens of this town.

But most of all, absorb the atmosphere of this town and let yourself be entranced by the sounds and smells of a world that up to now seems to live at the time of Aladdin, as if in a fairy tale out of Arabian Nights! 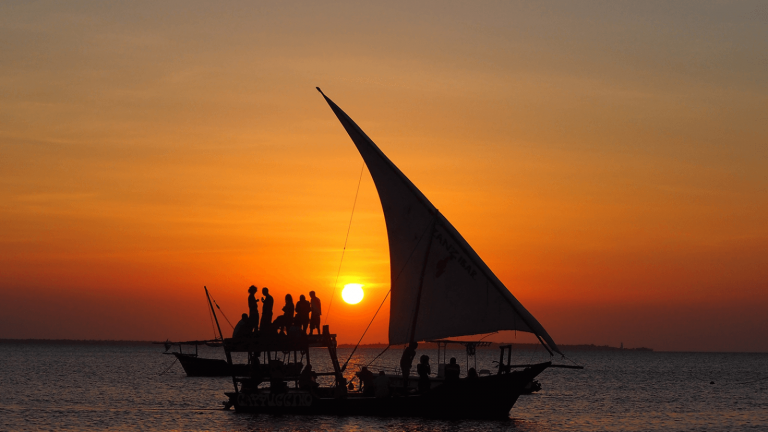