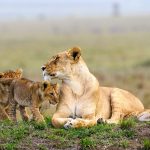 Children will like everything about a Tanzania family safari as long as the schedule provides lots of non-vehicle based activities to supplement the game viewing. It’s a thrilling experience, and you’ll never see your children as quiet as when the ranger tells them they must remain silent in order to approach a lion pride. They will rapidly become skilled at recognizing all of the different species and, in particular, getting views of the enchanted big-five (lion, leopard, rhino, buffalo, elephant). Adult eyesight rapidly appears inferior when compared to your children’s eagle eyes!

Meet and greet upon arrival at Kilimanjaro International airport, transfer to Arusha town for overnight on bed and breakfast basis.

The Park is home to a wide variety of animals, including lions, leopards, buffaloes, zebras, impalas, and many others. There are three uncommon species of Lasser Kudu, Oryx, and Ash stalling can be found here. Over 400 bird species have been reported in this park, including the Ash Starling, Superb Starling, Herons, Ostriches, Cori Bastards, and other water birds.

After breakfast, Our driver will pick you up and depart to the Lake Manyara national park for a game drive. This national park is one of Tanzania’s most dramatically located wildlife areas, consisting of a massive but shallow soda lake (covering two-thirds of the park), located at the foot of the Great Rift Valley’s western escarpment. The park’s varied habitat attracts a wide variety of animals, including one of Africa’s largest concentrations of elephants, Lake Manyara’s unique tree-climbing lions, as well as large flocks of flamingos attracted by the algae in the lake. Late afternoon transfer to Lake Eyasi.

An exciting day today as you head to Lake Eyasi, home to a number of different tribal groups. Most popular for the children will be a visit to a Hadzabe (bushman) family. Learn how to make fire by rubbing a stick vigorously into a hardwood block until wisps of smoke appear which are then used to light dried grass. Practice firing a bow and arrow at a grass target, causing much hilarity with the local boys who will then demonstrate their (vastly superior) shooting skills! You may even be invited to join the bushmen on a hunt in the bush in the search for small wild animals – usually rabbits, squirrels or birds.

After breakfast, drive to Ngorongoro Conservation Area, You will descend over 600 meters into the crater to view wildlife. Supported by a year round water supply and fodder, the Ngorongoro National Park supports a vast variety of animals, which include herds of wildebeest, zebra, buffalo, eland, warthog, hippo, and giant African elephants. Another big draw card to this picturesque national park, is it’s dense population of predators, which include lions, hyenas, jackals, cheetahs and the ever-elusive leopard, which sometimes requires a trained eye to spot. We will visit Lake Magadi, a large but shallow alkaline lake in the southwestern corner, which is one of the main features of the crater. A large number of flamingos, hippos and other water birds can usually been seen here. Dinner and overnight at Ngorongoro rhino lodge/ Ngorongoro Serena Lodge

Early morning break fast and after depart to Serengeti National Park. We will stopover at Olduvai Gorge, boasting with a history dating back to the dawn of time. It was here, that the anthropologists Dr. Lois and Mary Leakey discovered the skulls of ‘Nutcracker Man’ and ‘Handy Man’, both very significant links in the chain of human evolution. Do game drive in Serengeti and overnight at Matawi Serengeti/Serena Lodge
MEALS: Lunch, dinner, bed and breakfast

Today you continue your safari in the Serengeti national park. Its stunning landscape can be seen in some of the most impressive nature documentaries. The endless plains and abundance of wildlife are unsurpassed. The annual wildebeest migration with more than a million wildebeest is probably the highlight of the Serengeti. It is a true spectacle and impressive to watch millions of wildebeest, zebras and gazelles thunder across the endless plains of the Serengeti. Together with your private guide you will be looking for the herds across the plains. Apart from the migratory animals you will also get to see lots of other animals, like lions, cheetahs, leopards, and many more. Expect to be impressed by the natural beauty of Africa’s most famous park. If you like to watch wildlife from another perspective, we recommend you to go on a balloon safari. It is an amazing experience to drift silently above the plains with herds of wildlife.

Today after breakfast drive to Seronera Airstrip for flight to Zanzibar. On arrival at Zanzibar airport, you will meet and greet by our director, then provide private transfer to North cost beach, check in at the hotel, rest and enjoy the ocean breeze from the hotel

Three full days to enjoy Zanzibar. Although it may be hard to tear the children away from the beach or the pool, there are some wonderful excursions here. Perhaps spend a morning exploring the wonderful labyrinthine streets of Stone Town. Most of the city was built in the 19th century when Zanzibar was a thriving trading community, a vital stop on the Spice Route where traders would stock up on cardamom, cinnamon, pepper and more. It is beautifully well preserved and you can spend hours wandering the narrow streets, stopping in small cafes to sample the local cuisine, following your nose into little alleyways flanked with crumbling colonial buildings, wrought iron balconies and thick wooden doors decorated with brass studs.

Another great activity is a snorkeling excursion on Mnemba Island, home to some of the best snorkeling in East Africa. The visibility is superb and the coral provides a home to darting moray eels, brightly colored star fish, stingrays and turtles.

Enjoy your last day at our beautiful white sand beach of Zanzibar before your transfer to the airport for departure flight. 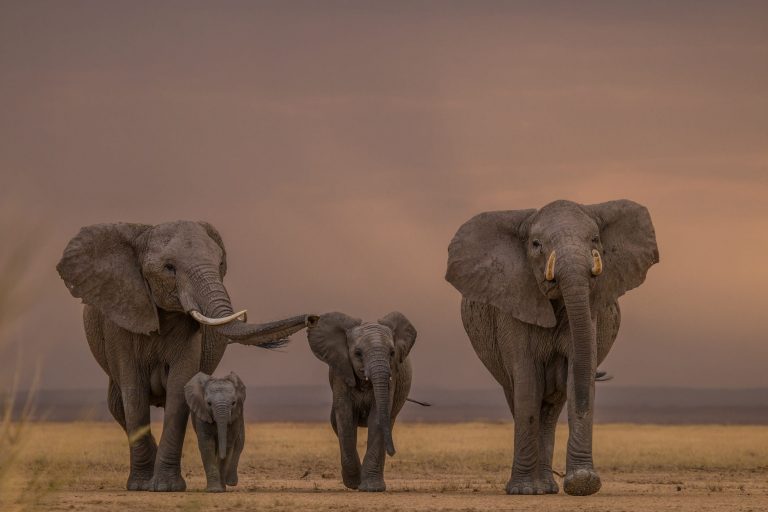